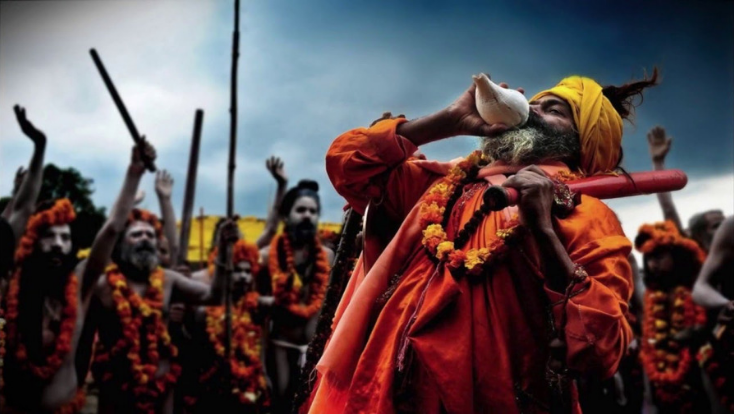 The cultural face of India is replete with festivities of various kind. However, only a few may be as popular and as inviting as the Kumbh Mela. This Hindu pilgrimage of faith sees the participation of thousands of devotees each year. The purpose of this pilgrimage is to bathe in the sacred river to cleanse one’s soul of all evil. The Mela is held every three years, at either Haridwar (home to river Ganga), Prayag (which houses the union of the Triveni Sangam, or the union of the three sacred rivers- Ganga, Yamuna, and Saraswati), Nashik (river Godavari) and Ujjain (river Kshipra) by rotation. The Maha Kumbh Mela is held in one of these four places every twelfth year. The Kumbh Mela 2019 will be held in Prayagraj. It is interesting to note that this festival is more than two millenniums old. The first known record of the mela is found in the texts of Chinese traveler Huen Tsang, who visited India during the reign of King Harshavardhana.

The story behind the pilgrimage

Like most Hindu festivities, this sacred celebration also has a rich mythological story associated with it. The word Kumbh is the Sanskrit term for “nectar”. According to Hindu mythology, the curse of the sage Durvasa had weakened the gods (devas), rendering them helpless against the tyranny of the asuras (demons). In the absence of any opposition, the demons wreaked havoc on earth. Utterly terrified, the gods then turned to Lord Brahma for assistance, who advised them to collaborate with the demons to churn the nectar of immortality from the sacred river. When the demons realized that the gods did not plan to share the nectar with them, they fought them for 12 days. During the battle, some of the nectar fell at the four sacred locations where the Kumbh Mela is now held. Such is the fascinating significance of the Kumbh Mela information. It can easily be classified as one of the several religious gems of India and draws millions of people to it.

Why the mela is held?

The dates of the Maha Kumbh Mela are decided upon after considering the astronomical positions of the planet Jupiter, the sun and the moon on the planetary charts. It usually spans over four days. It is widely believed that on the four days of the mela, the water of the sacred rivers running through the respective locations are converted into nectar. Bathing in this nectar can purify the soul and wash away the degenerate sins of mankind. It is customary for the pilgrims to dip themselves in the holy waters to free themselves from the cycle of birth and death and take a step towards salvation or moksha.

The magnificence of the Kumbh Mela

The grandiosity of the mela has grown far beyond epic proportions. Today, it is not simply a religious gathering of a few people but has evolved into a congregation of faith and positivity. The mela also sees the participation of many ascetics, who visit the mela to perform various rituals. It is definitely a sight worth beholding.

It is fascinating to notice how the barriers of caste and creed are washed away as people unite as a human race to offer their prayers to the almighty. The mela brings together people from variegated cultural backgrounds and unites them through the sheer force of spirituality – such is the positivity that the festival embodies.

Needless to say, the Kumbh Mela occupies a central role in the lives of people in India- lives which are deeply rooted in a religious and spiritually sound culture. The Kumbh Mela information, or the knowledge and skills that make the mela a success have been passed down from one generation to another by means of religious manuscripts, word-of-mouth, travelogues and documents recorded by historians and eyewitnesses.

However, the main bearers of the knowledge associated with this mela are preserved with the ascetics, or sadhus, who impart this knowledge to their disciples. Essentially, it is these holy men that continue to carry the mela on their backs, combining modernity with tradition to scale even new heights of religious success. Sadhus and religious organizations come together to make this pilgrimage tour a raging success every time. On certain dates of the gathering, the visitors can look forward to the Shahi Snan (Royal Bath), which refers to the various sects of the sadhus taking a dip in the sacred waters. It draws a lot of attention, and rightly so. The arrival of the various cults of sadhus’ grabs attention as well, and this usually takes place right at the beginning of the mela.

What can you expect during the Kumbh Mela?

At any given time of the year, the religious destinations of India are worth a visit. But around the time of the Kumbh Mela, the sacred city becomes one of the most crucial India tourist attractions.

Considering the number of people who attend the festival, one can expect the mela to be quite crowded. However, arrangements are made for the comfort of the pilgrims. For foreigners who arrive to witness one of the best tourist attractions of the country, special tents with attached bathrooms are set up, and they can depend upon local guides for a detailed explanation of the proceedings.

The propensity of the mela actually requires a lot of people for management, and therefore the mela is estimated to have provided jobs to around 6.5 lakh people. Doctors in hospitals, toilets, and police professionals work together to ensure that peace and security are maintained during this celebration of faith.

Conclusion: The best travel tips for the Kumbh Mela would be to visit early to watch the various sadhus perform their respective rituals. You can take a bath in the holy waters too, but this is only done on certain auspicious days as announced by the state’s government. And nowadays, it is easy to navigate around the mela as well using the best travel apps on your phone.