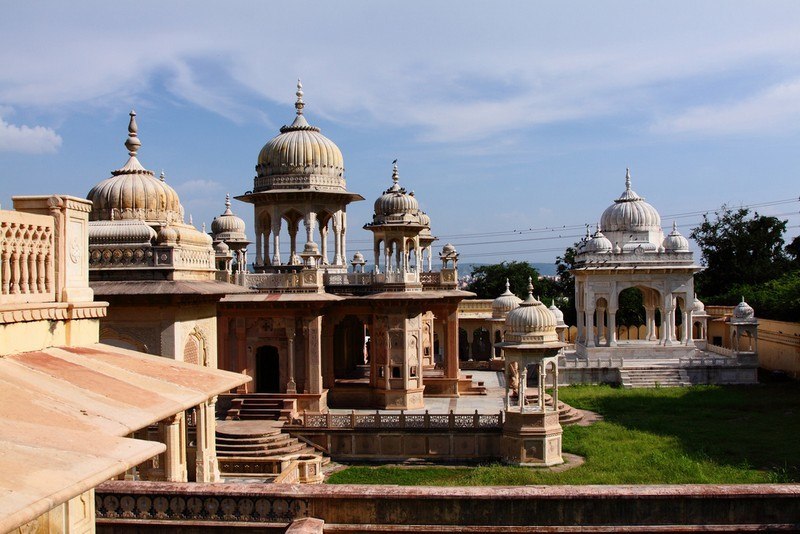 India, with its myriad cultures, always attracts tourists who travel thousands of miles every year to cleanse their spirit.

And when it comes to the Golden Triangle, there is no dearth of curiosity and admiration from globetrotters.

In a literal sense, there is no existence of a golden triangle in India, but the 3 most-explored cities of the country have been rewarded this stature.

Stretching across 650 milescovering up 3 cities, Delhi, Agra, andJaipur, the golden triangle hypnotizes travelers with its enchanting beauty. Ifyou analyze the positions of these cities in the Indian map and join them, itwill attain the shape of a triangle roughly though, that is why the name! Ifyou wonder why it is compared with the shiniest yellow metal then you will haveto find out that by yourself by scheduling your India tour. Spareout a week from your crazy schedule to explore these attractions of India,and you will remember intricate details of this trip lifelong. So before youplan your vacation in India, let’scheck out this brief overview of what youmight expect from the jewels of India.

The glitz of the Mughals in Delhi

Delving deep into Indian history you would come to know in detail about multiple rulers of various dynasties reining the capital of India, Delhi. The city is now divided into 2 different parts:-the new and the old.

The old Delhi will take you back in 16th and 17th century via the heritage monuments history you the sultans, like the red fort, built about 200 years back and the Jama Masjid standing still since the last 400 years or so.

Bidding adieu to these architectures fabricated with much passion, you might find yourself lost amidst the hustling Chandani Chowk market. If you are not exhausted yet and up for some more exploration, then go and visit the first garden tomb of India, the Humayun Tomb. Now it is the time to appreciate the landscape of New Delhi, built by the British during the 19thcentury. And since your India tour would be left incomplete if you miss out checking the famous Connaught place, make sure to steal a glance of the impeccable British architecture of the foundation.

Dip in the riches of Agra

Agra and the white marble mausoleum encrusted with precious stones, the Taj Mahal is synonymous to one another. The wonder architectural art was originally built by the joint work of 20,000 craftsmen under the direction of Shah Jahan, a Mughal emperor as a gift of remembrance for his beloved wife, Arjumand Bano Begum. As Arjumand was the emperor’s favorite wife her death triggered the ruler to build the foundation with finest qualities of both raw materials and craftsmanship, which took nearly 22 years to attain perfection.

If you have got a love gems, then during your can go hunt for genuine gems in the market. It is recommended to be counterfeit stones which are found in abundance nowadays.

If you think that Agra only owns the majestic Taj Mahal, then maybe you are concluding things a little earlier. Agra is also renowned to own the Agra Fort which is appraised due to its architectural brilliance of intricate sculptures built entirely of red sandstone. You might be amused to know a couple of centuries before, Agra fort used to serve as a walled palatial city. This is one of the best destinations in India becauseit is also home to Fatehpur Sikri, which was the capital city of the Mughal sultanate during the 15th century. If you have an eye for artefacts made of marble then Agra is perhaps the best hub to shop.

Once you enter the boundaries of this city, one of the imminent members of the golden triangle, Jaipur is lovingly called the pink city due to its pink-coloured houses and buildings. Jaipur was once home to Rajput rulers, who considered the colour pink to be a symbolization of hospitality and auspiciousness. Capital to the land of kings, officially known as Rajasthan which is the largest state of India on the basis of the area covered. When in Jaipur, go visit the Palace of winds, locally called Hawa Mahal, built especially for women belonging to royal origin to sneak a peek at the street while remaining anonymous. After you are done appreciating the splendid architecture of this palace, land yourself in the city place, built in the early 18thcentury, which is home to the royal descendants at present. In the pink city, the must visit place in India you would own the chance to set your eyes upon a unique massive fort, the Amber Fort, built imitating the architectural styles of both Hindu and Muslim. When in Jaipur, live like the kings used to live and do not miss out taking at least one elephant ride during your vacation  over there.

Jaipur is famous for its locally sponsored textile and handicraft industry, so make sure to grab some souvenirs built by local potters. You can also find some amazing artwork painted by famous Indian artists to sell over there.

Pay your tribute to Maharaja Jay Singh who built a world heritage site, Jantar Mantar. It is important to know that this was built with the intention of observing the various astronomical phenomenon.

If you decide to visit India during the monsoon months, then the water palace as known as the Jal Mahal will welcome you with its appealing view of the crystal clear lakes laden with water. One of the best travel tips here is to include Ranthambore in your Jaipur itinerary. Schedule a visit to the Ranthambore national park famous for being the home to royal Bengal tigers. The national park organizes a fun game dive every now and then so be sure to reach the park before afternoon.

While the exploration of these architectural treasures of India, if you ever find yourself lost amidst the shining monuments, don’t forget to get assistance from the best travel apps. So here’s wishing you an enigmatic tour of three of the most resplendent cities in Incredible India!